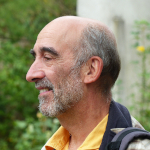 My activity is mostly oriented toward the use and improvement of spectroscopies, in particular NMR and more recently Mass Spectrometry. This includes new experiment design, development of data processing methods, development of software programs. I have been deeply involved in field as diverse as protein structural analysis, protein-ligand screening, complex mixture analysis, quantum mechanic details of the NMR phenomenon, automatic data analysis, fractal dimension of proteins and polymers, etc.

I started my career in 1980 with the rise of multidimensional NMR, and was deeply involved with the early theoretical and experimental aspects of 2D NMR. I defended my thesis in 1985 in Paris-Orsay, under the supervision of Prof. Jean-Yves Lallemand. After 10 years in the Institut de Chimie des Substance Naturelles (Gif-sur-Yvette) I moved in 1993 to Centre de Biochimie Structurale (Montpellier) where I got more involved in the application of NMR to biological systems, in particular proteins. I moved in 2008 to the Institut de Génétique, Biologie Moléculaire et Cellulaire in Strasbourg, and started an exciting new project on Intrinsically Disordered Proteins (IDP). This special state of the biological matter has been largely ignored or even denied, but recently it was acknowledged that probably one third of the proteins of a superior organism are in this IDP state. Of course, these IDP proteins do not crystalize, and the study must be performed in solution. In consequence, NMR, but also ESI-MS, SAXS, DLS, CD and all other solution methods are used.

The coordination of experimental developments and theoretical aspects has been a constant concern in my carrier. The formal description of the hypercomplex NMR signal (now extended to FTICR-MS); fractal analysis of diffusion experience and analysis of polydispersity; the early use of Maximum Entropy analysis to the use today of proximal operators in Spectroscopy; experimental developments in hardware, pulse sequences, noise reduction, or accurate experimental protocoles - all these efforts are attempt to open new avenue to the experimentalists. In the same time, I never forgot the bench and the instrument, applying these approaches to peptides, proteins, polymers, pollutants, ...

All these development have always been in the purpose of extending the information obtained by spectroscopy, widening the application field, improving the quality, or speeding up the various methods involved. This has always been motivated by genuine analytical and biological problems: protein structures, interaction with other biological or chemical partners, understanding of the dynamics of complex mixtures.

During my entire carrier I has been eager to transfer the academic knowledge and skills from the academic to a broader audience. I received several honors in this respect (IBM 1992, Acad. Science 1993, Ministère Industrie 2000) and supervised 6 PhD thesis funded by the industry. I developed several programs distributed and/or sold worldwide for the processing and analysis of scientific data. In 2000, I funded the NMRTEC Company, dedicated to this transfer from the academic world to the chemical and pharmaceutical industry. I remained CSO of NMRTEC until 2014. In 2014 I co-funded CASC4DE with the aim of extending the use of innovative processing techniques, built from the advances in BigData analysis and Compressed Sensing approaches, to the field of biophysics. 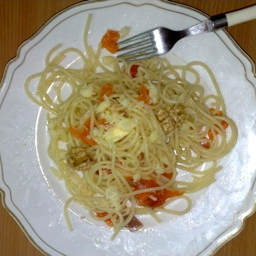 As a joke, while working on the fractal dimension of proteins, I used the image of spaghetti cooking to explain what is the fractal dimension, and how it can be used to describe the state of the proteins. This explaination Cattracted some interest, so I decided to make a small presentation here.